Again two cats who live in close proximity to each other (unlike in the UK, where a cat’s domain may extend to several gardens on either side, in a Spanish urbanisation, such as here a cat’s territory may be only some 100 metres square).

Roberto originally lived in Casa Roberta (incidentally another SpainAway rental property), on Capistrano’s most beautiful street, C/ Olivos, but moved opposite when the property was first sold. Whatever his original name might have been, he was re-named by Henry after his erstwhile home. Roberto is a striking ginger tabby, who is on a special diet so please don’t be tempted to feed him. In fact his new owners, opposite, are only out in Nerja for part of the year, and Roberto has recently, to their distress, taken up residence a couple of doors away, in protest.

Living in the same general area (in Plaza Tulipan, just at the end of C/ Olivos) is a most striking, and very long-haired, Persian cat called Smokey. She can get a bit ratty when stroked, so is best admired from afar. Quite remarkably, Smokey’s fur generally remains in quite good condition, despite her not having an owner to give her the constant brushing that a long-haired Persian cat really needs. Occasionally, though, she does need to be clipped, which she accepts in good spirit. 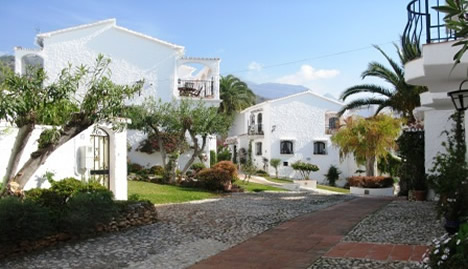 Note added December 2015. Regrettably Smokey has now disappeared, although it is not known what happened to her.Then in early 2018 Roberto finally succumbed to his long term food allergy, at a ripe old age. 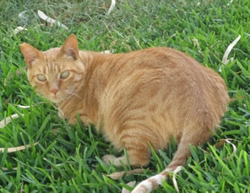 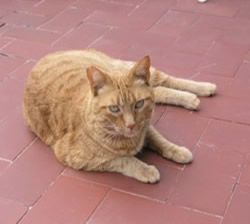 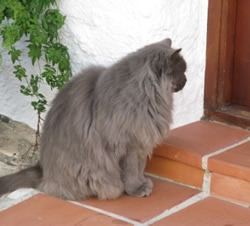