Originally this website began as a description of the currently most iconic feline inhabitants of El Capistrano, and where to find them, but since most of these have now passed on, it has become a more general historic record of these, to be remembered with great fondness by all who live here.

But if you are simply holidaying here do try to make the acquaintance of the current population.

As mentioned above, there were originally a dozen or so cats listed on this website, together with details of where they were to be found, and indeed of a specific ‘cat tour’ that would take them all in. Since then the author had made entry after entry to reveal their ‘crossing of the rainbow bridge’, until early in June 2018 the last of these – our beloved Thelma – had to be put down. It is true that street cats in Spain do not have the lifespan that might be expected elsewhere (although Thelma was aged 17), and the situation is further exacerbated by the ongoing situation that, in El Capistrano, there is a stream of poisoning incidences.

These may be due to deliberate poisoning by a resident or two who hates cats (a very definite possibility), careless distribution of rat poison, or simply due to residents unwittingly using garden chemicals that are poisonous to cats. Sadly, the local Community management team has shown very little interest in tackling this problem.

One possibility then arose, that of beginning a new catalogue of cats (no pun intended!), but the author just couldn’t face the trauma of going through all of this all over again. Thus the details of the original dozen or so cats can be found, as before, by following the links below. This is really for the benefit of El Capistrano residents, who knew them well and will hopefully still take pleasure in recalling these delightful pussies. A further page, that may be of more interest to holiday guests, provides you with photographs of even more Capistrano cats, together with a few others.

For sure, if you are a cat lover, then a basic stroll around El Capistrano, will still provide you with much to enjoy. However, although, being cats, they may well inform you to the contrary, they don’t actually need feeding, and indeed quite a few are on special diets anyway, so it is probably best to just restrict yourself to social interaction. This will always be appreciated. Some of those listed have proper owners (and hence are usually collared): others are stray, or semi-stray (that is they have owners when the latter are out in Nerja, but are looked after by CLIC at other times).

The original cats listed here are as follows:

Well, in Capistrano the cats often have many more names than this – one from each of the residents who knows them, believing that this is truly the cat’s real name. This is because many are actually semi-feral (or, more accurately, 'street cats'), which strictly means that don’t actually have an owner, although in practice it means that they often have several such!

Early demise is a particular hazard in the case of street cats, such as those occupying the 'Car Park'. However new cats soon come along to take their place, and this, again, is a particular feature of the car park, since both cats and kittens are regularly dumped here in the knowledge that they will then be well looked after - a further reason why CLIC so badly needs more funds, for both feeding and medical care 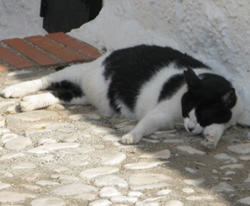 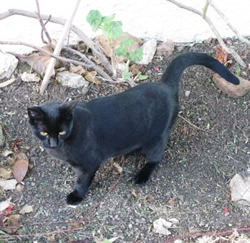 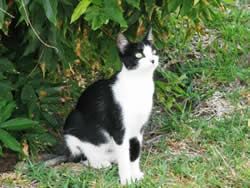 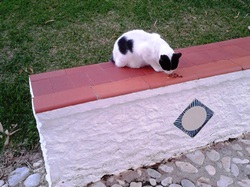 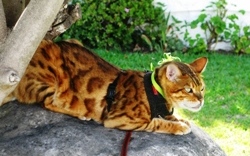